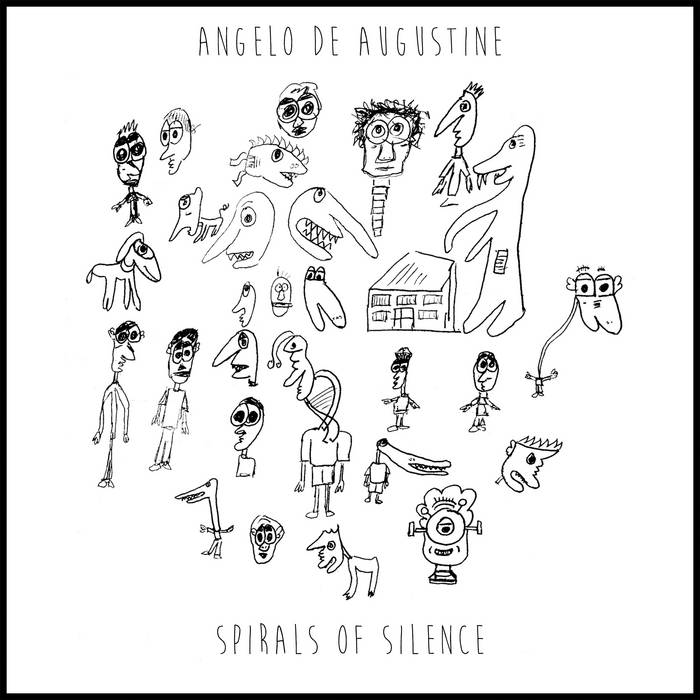 a house for bugs

David Greenwald You'll notice a few tricks borrowed from Nick Drake and Elliott Smith, but De Augustine's debut is a lovely and promising continuation of their bedroom work, not mere imitation.

Mine All Mine Records

Angelo De Augustine knows there’s more than one way to get someone’s attention. The 22-year-old L.A. musician affects through simplicity, captivates through lack of adornment and intrigues through hushed tones. It’s like that old piece of advice to speak softly so those listening to you will have to lean in—it’s an easy way to create intimacy. But De Augustine’s debut album, Spirals Of Silence, is more than quiet trickery. It’s proof of the nostalgic, heart-wrenching power of a finger-plucked guitar and a whispered voice.

There’s a delicate obsession running through every song on the album. On Spend Days, De Augustine breathily croons, “I spend all of my days thinking of our love,” over a delicate, climbing guitar. The Beginning And The End sees De Augustine layering in soft atmospherics to agitate the space around his bruised vocals. But Spirals Of Silence isn’t all nervous white space. Album single Old Hope recalls the shy optimism of Cat Stevens with lyrics like, “It was the best piece of you that came in from the rain,” over a dewy, brand-new-day guitar lilt.

It’s hard not to hear some Nick Drake or Elliott Smith in there—and De Augustine will inevitably get these comparisons—but he’s more optimistic than both. In Collections, De Augustine adds a haunting churn to his voice, repeating words in a muted refrain like a subconscious tick. On Clay Dad, he hurries his guitar pluck so it ends up sounding almost like static. You Open To The Idea threatens to break De Augustine’s tissue paper vocals, but it’s his own doing. It’s in these small moments that De Augustine illuminates his precise attention to detail—it’s the little things that count.

Angelo De Augustine writes and records music in Thousand Oaks, California -- a suburb north of Los Angeles, where he grew up.  His self-released debut album, Spirals of Silence, and 3-song EP follow-up, How Past Begins, earned praise from The FADER, Stereogum, Vogue, My Old Kentucky Blog, and more. ... more

Bandcamp Daily  your guide to the world of Bandcamp